Apparently this whole conception thing is a whole lot harder to figure out than expected!

Anyone else leave school feeling like they only had to look at a boy wrong and they would magically be pregnant??! All through my twenties I carried a huge fear of getting pregnant. I worried that if I forgot one pill then I was doomed!

19 years I lived on edge clinging to that tiny pill as my shield against getting pregnant.

Now I want a family. Now!
And it’s not as easy as that…

First there was the anxiety about coming off the pill and fearing what it would do to my moods and emotions. But, oh my goodness… I actually came alive and started to have dreams and desires again. I settled into a long but ok cycle, much supported by Clue’s tracking app.

We deliberated so much over whether getting pregnant was a good idea… We weighed up the pros and cons, but we kept coming down to the deep seated need to start a family. The first time we started having unprotected sex I felt terror and fear over how I would cope. I was also feeling naughty like a forbidden act was taking place.

When it didn’t happen that first month there was an edge of disappointment but also a little relief that we could try again next month… this naughtiness was pretty good fun!!

Second time around I was hopeful as by this time I’d figured out how to roughly guess the “right time” but we still had lots more sex than usual. After a bit of odd bleeding… surprise!!! We were pregnant. Two blue lines!

Then the worst happened and we found out firsthand that miscarriage is more common than you know.

In the aftermath I agonised over when/whether to try again. The fears of not being a good mum resurfaced and I trotted out all the doubts again. But then we also remembered that hopeful and joyful feeling we felt on seeing those two blue lines.

It was very odd not knowing where I was in my cycle. After living by the cycle for so long I now had no idea if I was coming or going? We knew we had to wait for a negative pregnancy test before starting again and after a rather vivid dream we were on. In that first week it was more about being close and sharing our love, a healing balm against the sorrow and grief.

But then I got to thinking… what’s this ovulation timing thing? I’m not one to sit around wondering so I did a lot of googling and asking the ladies on twitter.

I’ve dabbled in taking my temperature every morning for the last three weeks. I did have to clarify with @me2mummy over just where to measure my temperature!!! So far I’ve discovered that I’m way warmer than her and up and down all over. The weekend saw a dip and then back up after a few days but I’m not convinced I’m getting good readings or that there is a “normal” pattern.

I also bought some OPK tests (Amazon Link) which are supposed to detect the hormone that signals/stimulates egg release. These initially were picking up the residual HCG from the miscarriage but they faded and went to nothing for a bit.

Then… the desire… omg!

It hit hard on Friday… The twitter ladies got a treat and a new tradition is being born #fridayfriends! Basically an ogle fest of nice blokes to look at! It certainly cheered me up as I was stuck at Brighton station!

But I desperately wanted to get home and… well you know…

Hubby has been pounced on at every opportunity since. Can’t get enough! I just have to kiss him and…

So I took an OPK test and was actually very surprised that it was negative. Hmmm. Oh well, better safe than sorry hey?! I got so disheartened that I didn’t take an OPK test on Saturday. Did one on Sunday and there it was… a positive OPK… perhaps there IS an egg on the way? I have to admit to doing a funny little jig in the bathroom and my heart started racing!

The desire was through the roof anyway so there was soon more of the good stuff going on. And boy it was good! There is definitely something extra, perhaps even primal, about baby-making sex! On Monday we even got in a sneaky one before he headed off for work!

Part way through the morning I got this text message…!

“Sex is definitely not good for you in copious amounts… I just went to make the tea and nipped to the loo whilst the kettle boiled… then I went straight back to the office completely forgetting. **** reminded me so went back and did the tea but not without almost putting the kettle in the fridge!” love from Hubby

Oh my goodness I nearly fell of my chair laughing. I’m loving the fun and closeness that’s happening right now. I’ve missed quite a lot of this over the years thanks to the hormone pill. The emotions on natural hormone cycles are also much more intense. I feel so alive.

So my theory at the moment is just to enjoy life and go with the flow of the desires and perhaps we’ll get lucky again naturally. It’s been interesting trying things out and it’s helped me to get a handle on where I am roughly in my cycle after miscarriage. I don’t want it to rule my life though. Surely my body’s signals that it wants sex are the best indicators??

Any insights on reading my chart so far would be greatly appreciated. 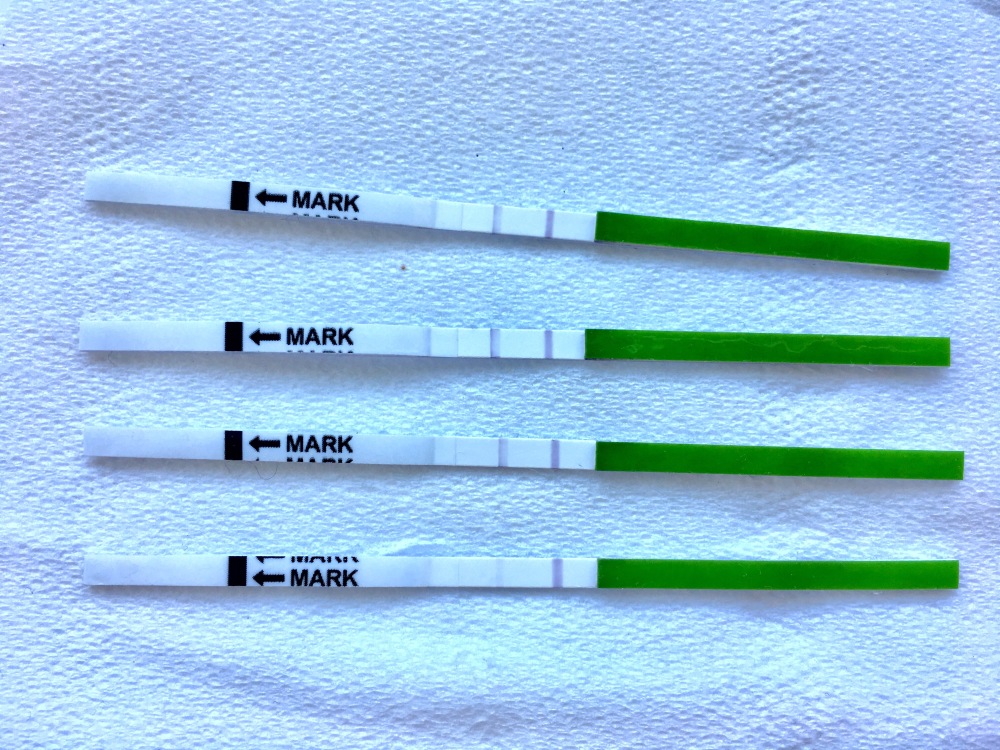